What should a good weld shop supervisor know? 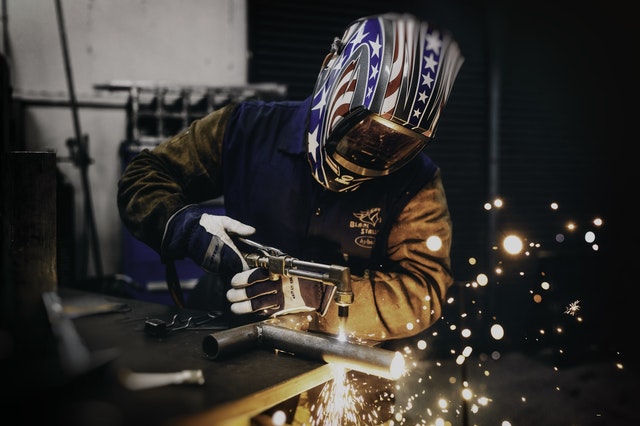 The answer likely lies in just what the job requires

The welder had a simple question on this particular Internet message board: “What are the responsibilities of the welding supervisor?”

The gist of the conversation was that this particular welding supervisor had a certification, but no real welding experience. The welder asking the question was wondering how the supervisor could be responsible for the company’s welding operations yet have no real knowledge—at least in the welder’s eyes—of the craft.

Well, at the very least, many of those responding to the post suggested that the welding supervisor should have some working knowledge of welding. That sounds like a no-brainer, but often people end up in positions and with titles that don’t truly reflect the expertise—or lack of expertise—they have. Such is life in metal fabricating, where the work can be fast-paced and difficult and where talents, such as welding, are easily transferred from one company to the next.

So what should someone who is supervising welding operations know? That really depends on who you ask and where you work.

If you want to get a complete list of the tasks associated with a welding supervisor, you can check with the American Welding Society (AWS). AWS B5.9 Specification for the Qualification of Welding Supervisors is detailed, but the responsibilities can be summed up in three general areas:

1. Quality. The welding supervisor has to identify the right welding procedure for a job and then set up a process that gets the welders trained to perform to that welding procedure specification (WPS). When the work is complete, the welders need to be familiar with processes and technology in place to ensure good weld quality. (Final signoff likely resides in a certified welding inspector, should one be on staff.)

2. Economics. The welding supervisor needs to ensure that the welders are working efficiently with the right tools and fixtures; not overwelding, which leads to wasted material; and following the WPS, which should eliminate the need for rework. To stay on top of costs related to the welding activity, the supervisor also requires a knowledge of the technology, consumables, and processes used to fabricate parts, so that the company can cost-effectively turn around jobs according to schedule and maintain margins.

3. Safety. The welding supervisor is responsible for educating the welders on safe welding practices and needs to spend time on the shop floor, looking for safety issues and pointing out safe working examples, both of which can lead to teachable moments.

That’s a lot of knowledge, but it shouldn’t come as any surprise. The AWS test for the certified welding supervisor credential is pretty in-depth. It consists of two segments: Part I—Fundamentals of Supervision, which is a general knowledge section, and Part II—Welding Practices & Economics. Four hours are allotted to finish both sections.

“You have to know your stuff. You don’t want to go into that test second-guessing because of the time,” said Chip Prinz, director of corporate services, Hobart Institute of Welding Technology. “You’ve got to answer the questions and move on.”

Prinz said that many of the students who enroll hoping to participate in the schooling that will lead to the CWS exam run the gamut from sales and management types who may be prepping for more interaction with shop floor welders to experienced welders looking to boost their credentials to climb the career ladder. Those that have welding experience will have the least amount of problems taking the CWS exam, he added.

“Being an experienced welder makes the general knowledge part of the CWS exam not so much easier, but maybe less eye-opening,” he said, “because there is a lot of information on the test.”
So the test that gives you the right to say that you are a certified welding supervisor requires a breadth of welding knowledge. The real world seems to suggest the same, but not every company is on the same page.

The Real World of Weld Supervision

If you try to call Bill Janzen of General Metal Fabrication, Winkler, Man., Canada, you might struggle to talk directly to him. As the company’s welding supervisor, he’s typically walking the shop floor, ensuring production is going according to schedules and all of the jobs are meeting quality expectations. His job responsibilities include ensuring weld quality, meeting productivity goals, and keeping jobs on schedule.

“Everything is a rush nowadays,” he explained. About five years ago, the company turned to laser cutting to generate components that ultimately worked their way down to welding, and as the material has gotten to welders more quickly, everyone wants finished goods just as quickly. That means an average lead time of about two weeks for most jobs, rather than several weeks, which was the norm when Janzen first got involved in contract manufacturing.

Janzen earned his early welding stripes on work sites. He got his start in welding working for a dairy equipment installer, which required a lot of gas tungsten arc welding on the stainless steel components, but it also gave Janzen the opportunity to tackle various fabricating jobs.

“It taught me a lot. We did everything under the sun there. You got a feel for everything,” Janzen said.
About 10 years ago, Janzen was approached about assuming supervisory duties when a position opened up. In typical fashion in a job shop, he quietly assumed the new role, and he’s grown into it since then. Each year he grows more confident as a supervisor. He now oversees 23 welders, all of whom work on the company’s one shift.

Again, he sees hands-on experience, even just simple hands-on training, playing a big part in the success of any welder that joins the company. Janzen believes that an individual is going to learn a lot quicker that way than by traditional schooling.

He’d also like to get back under the hood, but he knows that his greatest value is helping guide the other welders and staying on top of production needs.

“Practice makes perfect,” Janzen said, “when it comes to welding.”

Jesse Hartwell holds the title of welding supervisor as well. But his responsibilities for The Welmar Group, Guelph, Ont., Canada, go beyond the weld shop.

“The way ouR company is set up, I run the heavy welding shop, the paint shop, and shipping. I kind of oversee quality control as well,” he said. “We have another department that works with sheet metal for ductwork, and somebody else looks after that. Another department handles the building of hockey boards and hockey board installation.

“There is a lot going on here, and I have my hands in everything a little bit.”

The wide range of responsibility comes as a result of Hartwell being with the company since 1999. He went from the kitchen of a nearby country bar to working in Welmar’s fabrication department. He literally started by sweeping floors and then worked his way up to running equipment such as band saws, drill presses, and ironworkers.

Within four years, Hartwell became a lead hand in welding. By 2006 company management saw enough in him that it paid for him to go through the weeklong welding supervisor program at the Canadian Welding Bureau. At the end of the classroom training, Hartwell took the exam and became a certified welding supervisor. With that credential, he was able to lead the company’s shopwide CWB certification effort for activities such as welding steel (CSA W47.1) and aluminum (CSA W47.2).

Currently Hartwell oversees anywhere from 10 to 15 people working in the fabrication shop, depending on what’s going on.

“It can get pretty stressful because we are kind of a smaller shop that is trying to be a bigger shop. We are getting projects that are really large. For example, we just finished building a 60,000-lb. silencer for an industrial application,” he said.

He admitted that he’d like to spend more time training some of the younger welders, but his broad job responsibilities prevent him from spending that kind of time with them, unless work is really slow. For now he leans on his other lead hands to bring the younger guys along.

Reflecting on his “challenging” job, Hartwell said he’d probably go crazy if he didn’t have the variety of work and responsibility.

“If I had to go to one of these factories and just be a welding supervisor, I don’t know if I could handle it,” Hartwell said.

Where the Supervisor Doesn’t Exist

Do you work where there is no welding supervisor? You aren’t alone. As more shops look to empower shop floor workers and decentralize the organization, middle management is disappearing just as it has in other segments of the business world.

Rob Marelli, president, Seconn Manufacturing Group, Waterford, Conn., said that his company hasn’t had an official “supervisor” in welding for about 10 years, even if they do have “go-to” people for certain jobs. All welders are cross-trained on gas metal arc welding and gas tungsten arc welding and on different materials, and they are brought together when a production issue arises or a teaching moment occurs. Also, Seconn has standardized all weld and grinding callouts on drawings so that everyone sees the information the same way.

“Basically, any job can go to the floor to any welder, and they are taught the same way to interpret the drawing,” Marelli told The FABRICATOR. “All knowledge is passed around laterally, and no tribal knowledge is kept to oneself.”

People do show interest, Prinz added. It’s a good way for a welder to show management or a future employer that he or she is interested in pursuing a leadership position.

“These types of people are looking for the next thing. They are always the forward thinkers: How can I do this better, faster, and more efficiently and still do everything according to the specification?” Prinz said.
And they probably should know welding. The best way to gain a welder’s respect is to know what they are up to—even if you might not be able to match them weld for weld.